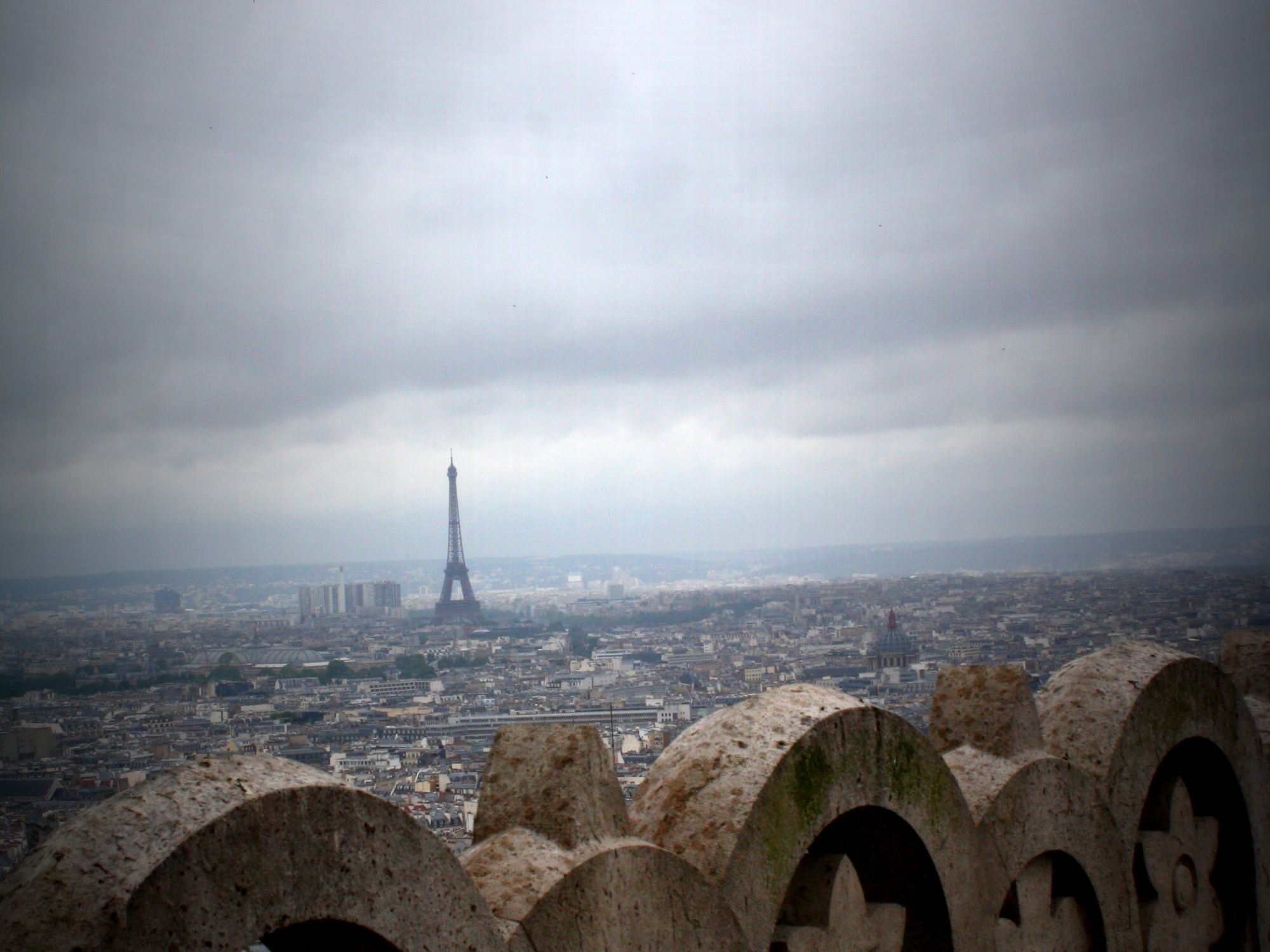 I work on the blog so late at night (usually after 11PM) that I get a little sleepy and sometimes forget a few things.  In the Soggy Sunday post, I forgot to share our visit to Saint-Pierre de Montmartre, which is directly behind/beside Sacre Coeur.   It was built in 1147 and named after St. Denis, who died on the site and who has an interesting story.

Apparently, he was the first (Christian) Bishop of Paris back in the 3rd Century…this is when Paris was ruled by the Romans (who were Pagans).  They found out about St. Denis converting too many people to Christianity so they decided to punish him.  They dragged him up to the highest point in Paris, Montmartre, and beheaded him.   The story goes that immediately after he was beheaded, he picked up his head and proceeded to walk 5 miles north, and finally died…this is now the town of St. Denis.   Whenever St. Denis is depicted in statuary, he is holding his head.  There is a figure of him on the front of Notre Dame…I will have to look for him when we visit on Tuesday.

Regardless of the authenticity of the story, the little church was old and beautiful.  Some of the columns are remnants from a Roman temple.  Here are some photos of the church. 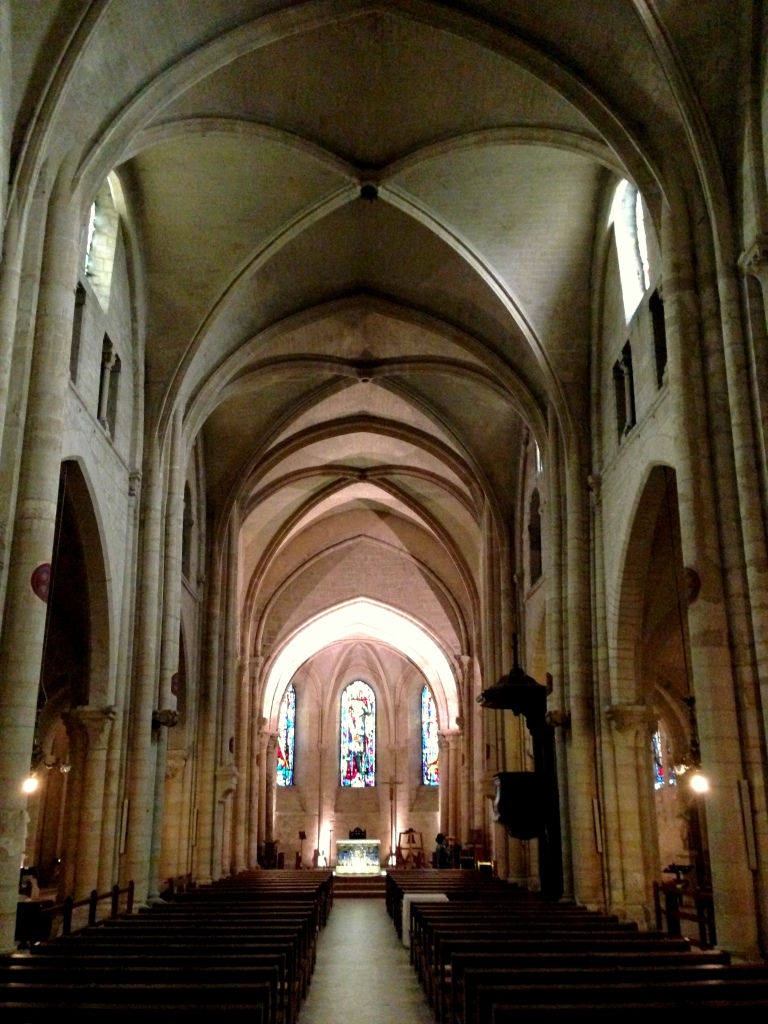 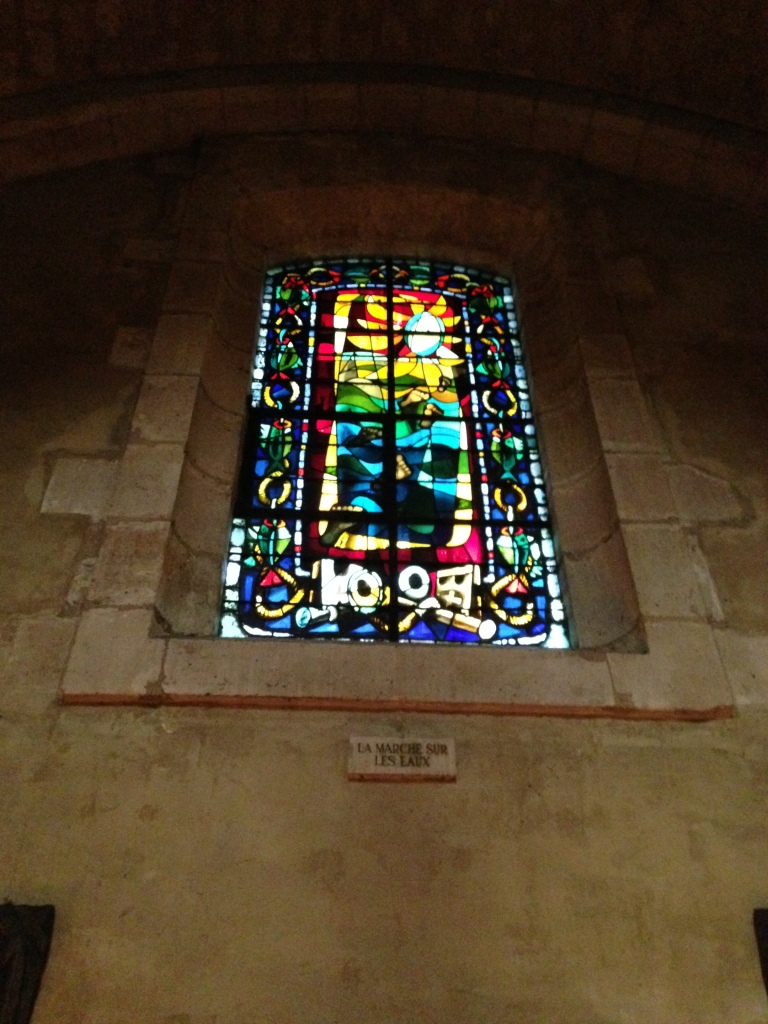 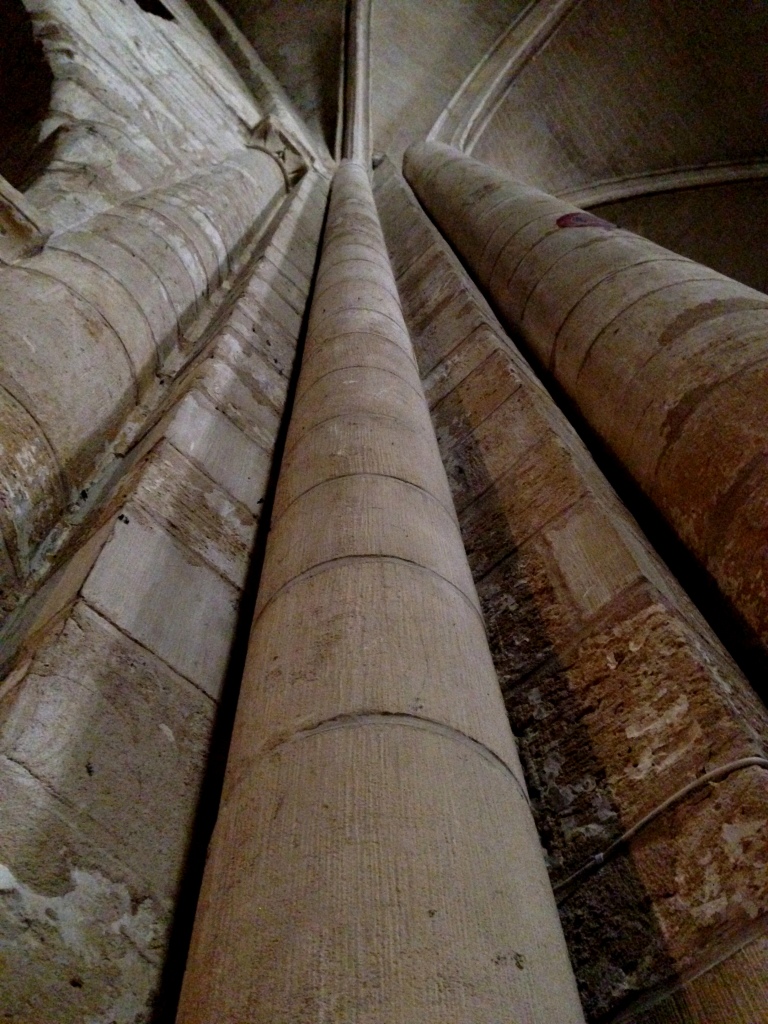 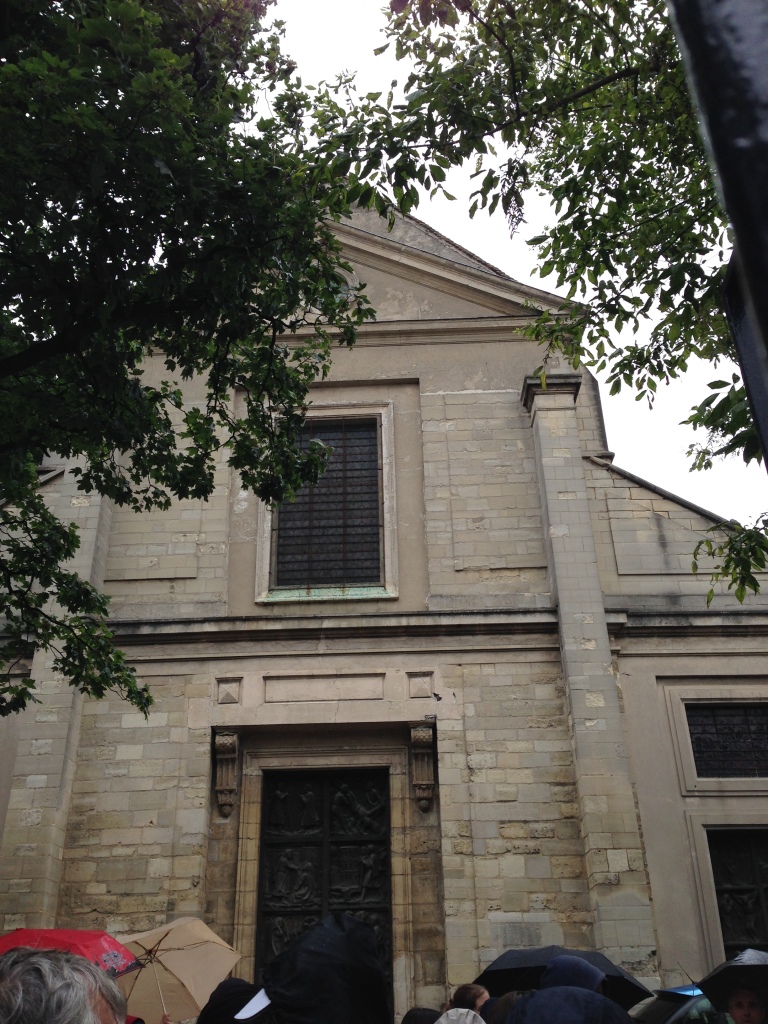